In their efforts to build demand for responsibly harvested seafood from the Gulf of Maine, our Seafood team works throughout the bioregion. They work with partners from Massachusetts to Maine, including fishermen, suppliers, restaurants, and institutional dining services.

This year, they were especially active in the Boston market. Stories about two such efforts follow below, and you can read more about their work in the Boston Globe.

This past summer, Boston-area seafood vendors and buyers gathered on the campus of UMass Boston for a special dogfish showcase event.

GMRI and Cape Cod Commercial Fishermen’s Alliance hosted the tasting event designed to highlight a variety of unique dogfish recipes. Six companies served their dogfish dishes during the luncheon, which capped a two-year effort to build demand for this responsibly harvested Gulf of Maine species.

“This event was a great opportunity for buyers and vendors to make connections and find ways to get more dogfish in the market,” said Jen Levin, Sustainable Seafood Program Manager at GMRI. “It means a great deal to the people who make their living from the ocean, because dogfish offers potential as an important contributor to the economic and ecologic sustainability of the region’s seafood industry.”

Dogfish, also known as cape shark, is an underutilized species in the Gulf of Maine. That means despite being abundant and well-managed, the species isn’t harvested to its fullest economic potential. As dogfish gains momentum with regional seafood vendors and buyers, increased demand will be reflected in a better price for fishermen.

Chefs and Fishermen Gather in Boston to Support Local Seafood

In June of last year, fishermen, chefs, school foodservice directors, seafood processors, and researchers gathered at No Name Restaurant on the Boston Fish Pier to explore the journey Gulf of Maine seafood takes on its way from the sea to dinner plates. The event, called Trawl to Table, provides a unique forum for industry members to identify and pursue new opportunities in the Gulf of Maine seafood supply chain.

“Despite being connected to each other through the seafood they’re buying and selling, members of the foodservice industry don’t often have a chance to connect directly with processors and fishermen to learn more about what’s happening on the waterfront,” said Kyle Foley, Sustainable Seafood Brand Manager at the Gulf of Maine Research Institute. “Trawl to Table gives this community a chance to forge new relationships, and we have seen it profoundly change buying practices to include more Gulf of Maine seafood.”

During the all-day forum, the group exchanged information about commercial fishing, with varying perspectives represented from all levels of the supply chain. Together, they learned more about fishing gear and practices, fisheries management, underutilized species, and serving local seafood to consumers.

“I’m lucky to run my family’s fishing business with my son. We work very hard to follow the rules and regulations that govern the fishing industry, and we fish as selectively as possible for the species we target,” said Gloucester fisherman Tom Testaverde, who presented at Trawl to Table. “If more people in the supply chain know how sustainable our industry is, they can help spread the word to consumers about all the healthy, abundant fish we have in our region’s waters.”

As part of their supply-chain discussion, the group focused on improving the market for underutilized species from the Gulf of Maine, such as whiting, pollock, and dogfish. These species represent important income opportunities for fishermen facing highly restrictive quotas to cod and other traditional species.

Cape Cod fisherman Charlie Dodge demonstrated techniques for filleting dogfish, or cape shark, a species which has become a primary fishery for many on the Cape, but still lacks domestic market demand.

Our Impact In The News 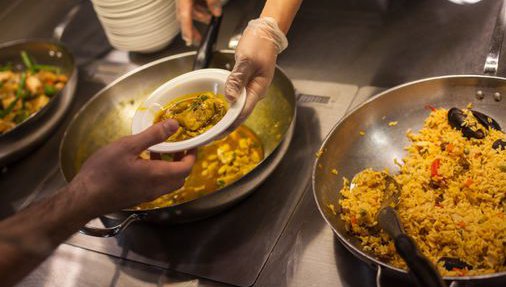