In August, we concluded a national search with the hire of Dr. Dave Reidmiller as the first director of our new interdisciplinary climate center, which focuses on solutions to local, regional, and global challenges related to climate change.

“As a region, we have an opportunity to be global leaders, because the things we learn here are relevant around a warming planet,” said Dr. Reidmiller. “For example, what we learn about heatwaves in the Gulf of Maine is critical to our understanding of similar warming events and their impacts in other places.”

Dr. Reidmiller brings nearly two decades of experience advancing climate science and policy at a national and international scale to GMRI. Throughout his career, Dr. Reidmiller has:

At GMRI, Dr. Reidmiller’s work will build on our ongoing climate science efforts and leverage the experience of other GMRI programs delivering high-impact education programs and convening diverse groups of marine stakeholders to solve complex problems.

We need to deliver climate science and data to people who can use it, whether that’s school-age kids, policymakers at all levels of government, seafood supply chain businesses, or fishermen. I’m excited to join an organization that helps people understand, prepare for, and respond to climate-related change — including both risks and emerging opportunities.” 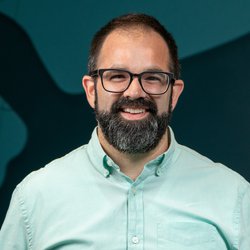