If you’re like many Americans, you’re probably a big fan of sushi. But did you know that the seafood served in American sushi restaurants is seldom from U.S. waters? Most often, it’s imported from Japan. While local fish is available, there are key differences in handling practices between Japanese fishermen and our local fleet.

The term sashimi-grade refers to high quality fish that can be consumed raw. Achieving this standard of quality requires specific handling techniques that most fishermen in the U.S. are unfamiliar with. That’s why leading sushi chefs pay top dollar for fish imported from Japan.

Building markets for sashimi-grade Gulf of Maine seafood has the potential to help local fishermen earn more for their catch. With New England fishermen facing steep reductions in allowable catch for once high-volume species, it’s critical that they make the most of every species and pound that they land.

GMRI is working with fishermen, chefs, restaurateurs, and distributors to support these regional markets and offer training in Japanese handling practices. In December, fishermen from Port Clyde, Maine to Marshfield, Massachusetts participated in training workshops to learn some of these skills.

Here’s what some of these workshop participants had to say about the project:

“As a sushi chef in America, I find it difficult to source local fish that I can use for sushi and sashimi. Working in the Northeast I find it especially 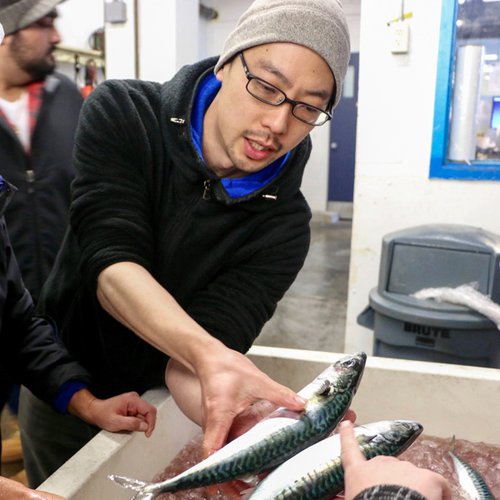 disappointing that I cannot use some of the best seafood in the world. As more and more western chefs turn towards crudo preparations, there is becoming an increasing demand for sashimi-grade and if possible “ike jime” fish.

I source herring and sardines from Japan because they are handled in a manner that can be used for sushi and sashimi, but I know that there is a bounty of these fish in our own New England waters. As most people consider these to be bait fish there seems to be less interest in handling these species more carefully simply because they don’t feel that they are monetarily worth the effort. I would be willing to pay more if I were able to consistently receive sashimi-grade fish, especially if the ike jime technique was performed.” 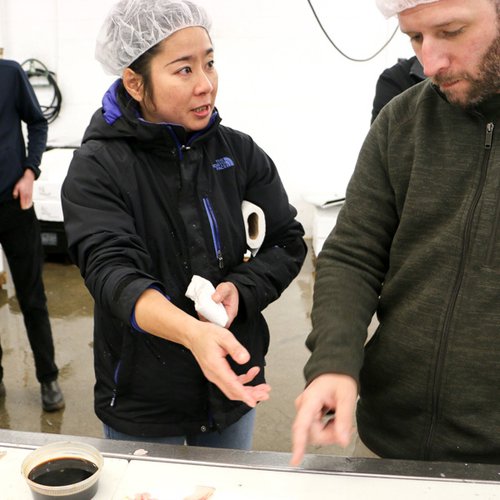 “I believe proper catch handling can bring American fish industries to the next level. There is a huge opportunity here to build demand for more local species while also increasing their value. Proper catch handling including the ike jime method, onboard icing and bleeding, and careful packaging can all greatly affect fish quality. I am excited to be part of this initiative and look forward to working with similar minded people.”

“Catering to sashimi-grade markets has been the door key to open top-end markets throughout the catering trade. ‘Sashimi-grade’ is a buzz word that allows top chefs and fish buyers alike, as well as sashimi restaurants, to be assured of top quality fish. Therefore by setting the bar high enough for our product to reach traditional sushi/sashimi outlets we then found that numerous top-end restaurants were clamoring to buy our fish. 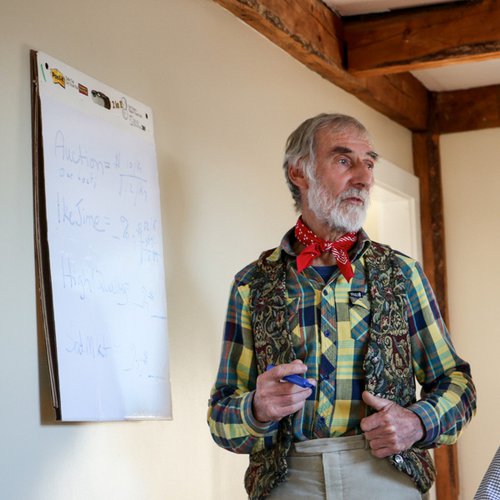 In the case of Maine fishermen, they will gain credibility from the buying sector generally once they show they can produce sashimi-grade fish to a single reputable outlet. The buyers are very competitive when it come to top grade fish!”

In addition to technical tips, the workshops also included discussions on market demand and supply chain logistics. Local chefs and retailers are eager to try local sashimi-grade products, and it’s evident that market demand is high. The quality and consistent availability of product from local fishermen will be key to keeping these new markets open.

In the coming months, fishermen who participated in the workshop will experiment with these new techniques and receive feedback from chef participants. In the meantime, don’t forget to ask what’s local at your favorite sushi restaurant!