On December 16, our Sustainable Seafood Program piloted a promotion to support partner restaurants and fishing communities during the depths of the pandemic. On our inaugural Split the Seafood Bill Day, we offered to reimburse 50% of all seafood orders at participating restaurants.

Prior to the pandemic, about 70% of seafood was consumed outside the home — much of that in restaurants. Challenges facing the restaurants have downstream impacts on fishing communities, so we tried to imagine a plan to help both. 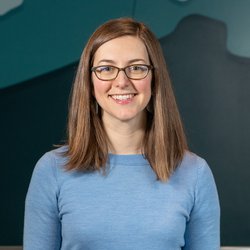 After some restaurants reported as much as a 100% increase in order totals during the promotion, the GMRI seafood team decided to extend the Split the Seafood Bill campaign to include every Thursday from February 18 to March 11.

For the upcoming month-long campaign, the seafood team is making it even easier to request reimbursement after visiting one of our participating Culinary Partners.

This time around, one lucky community member who shares a photo of their seafood dish on social media and tags GMRI will win an additional $50 gift card to a Culinary Partner location of their choosing.

Explore the details at GMRI.org/split.